The cultivation of olives and olive oil production has been a traditional occupation in Crete since ancient times. The findings dating back to the era of King Minos of Knossos provide a good example. The temperate Mediterranean climate with its mild weather conditions, neither too cold nor too hot, and the absence of moisture made it an ideal place for growing olives.

In particular, the southernmost region in the Heraklion plain of Messara and the foothills of the Asterousia Mountains combine these elements in the best possible way. It is precisely for these reasons that the region is classified as a Protected Designation of Origin (PDO). Today, the cultivation of the top-quality Koroneiki variety is almost the exclusive occupation of the residents with an average annual production of 50,000 TN.

Unfortunately, the region’s climatic comparative advantages and the superiority of the Koroneiki variety are not reflected in the quality of the olive oil produced, since both the harvest of the fruits and olive oil production are executed in a way that refers more to an industrial product than a food, without rules and procedures that ensure quality.

The result is that the quality of olive oil both in terms of chemical characteristics (acidity, peroxides) and sensor characteristics (fruity, bitter, and spicy) suffer. The low percentage of the first and particularly the balanced high proportion of the latter are the elements that should characterize the Premium extra virgin olive oil and which establish it, when eaten raw, as an excellent daily gastronomic delight as well as allied against several diseases such as coronary heart disease, cancer, Alzheimer’s, etc.

Besides, a very important component of the olive oil which is usually destroyed or lost due to the olive oil extraction conditions is the contained polyphenols which, pursuant to Regulation 432/2012 of the European Food Safety Agency (EFSA), contribute to the protection of blood lipids from oxidative stress if their content in the olive oil is at least 5 mg per 20 gr of oil.

And according to a study by Davis University of California, olive oils in which the levels of oleocanthal and oleancein exceed 135 and 105 mg/Kg respectively have significant biological activity, since both have been related to anti-inflammatory, antioxidant, cardioprotective, and neuroprotective activity.

Finally, it is worth pointing out that olive oils which are commercially available as extra virgin in fact may not be, because the vast majority do not have the required certification that they have no organoleptic (sensory) defect.

The current legislation (E.U Reg. 2568/1991) stipulates that an olive oil must not present any organoleptic defect in order to be considered extra virgin and that if so, its acidity should be below 0.8%, as second condition.

Olive oil which presents organoleptic defect is classified as virgin regardless if its acidity is less than 0.8%. 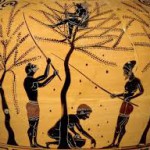 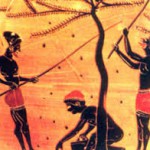